The island of andros has many underground springs and streams and consequently is one of the greenest and most wooded of the cyclades. spring water is plentiful and pure in the east of the island and the sariza spring water is bottled in the village of apoikia.

Andros is the second largest of the cyclades, naxos being the biggest. It is about 40km in length and 17km at its widest point. the highest peak is mount petalon, almost 1000m above sea level. One of our guided walks takes us to the top of mount petalon – stunning views.

Traditionally, islanders earned a living from the land, fishing, sea-faring and shipping. many wealthy ship-owners live or have
holiday homes in andros town and the surrounding villages. Within three hours travelling distance of central athens, andros is a popular holiday and weekend destination with mainland greeks. Tourism is now one of the island’s largest sources of income, although fishing and agriculture still proivide a living for some islanders. 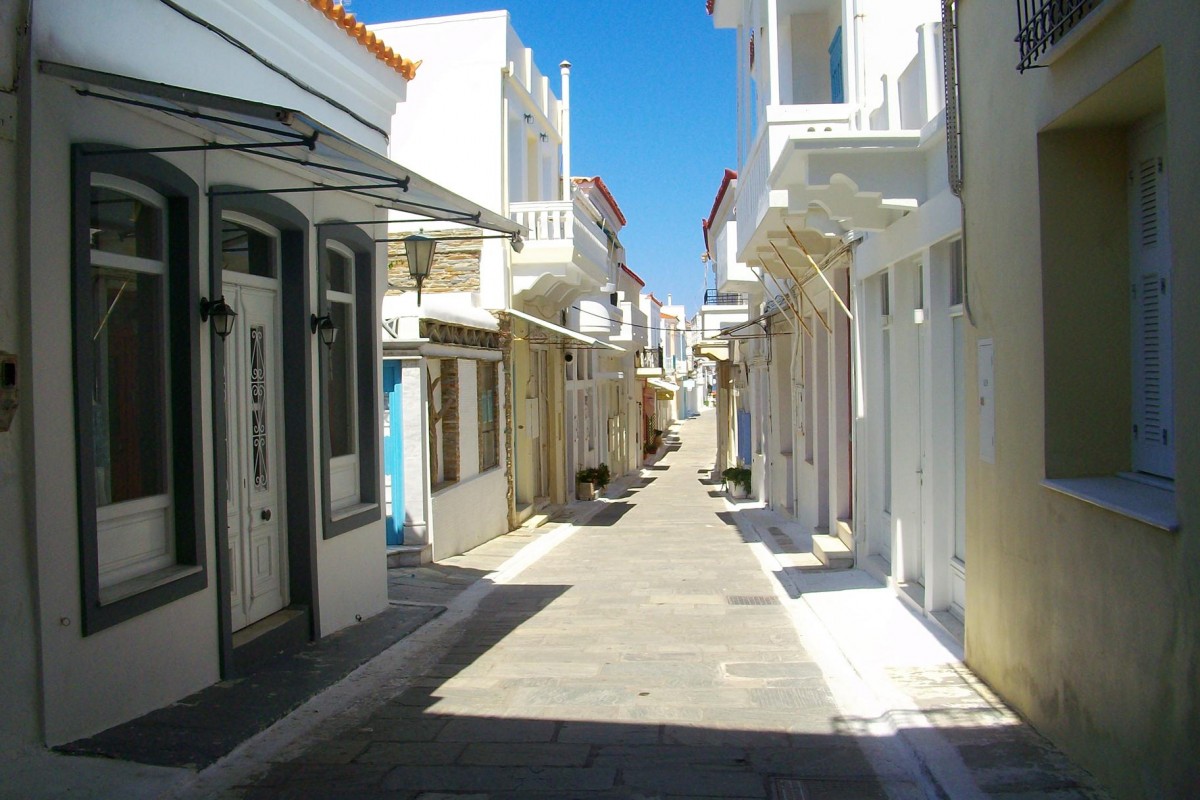